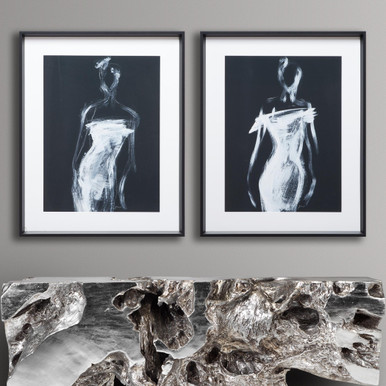 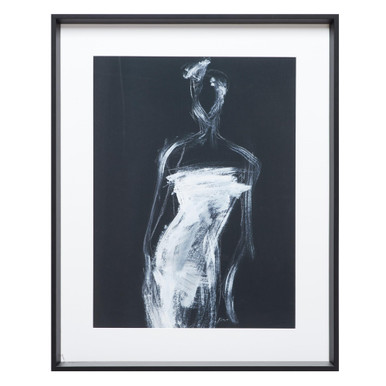 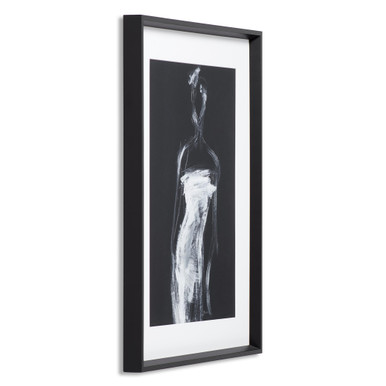 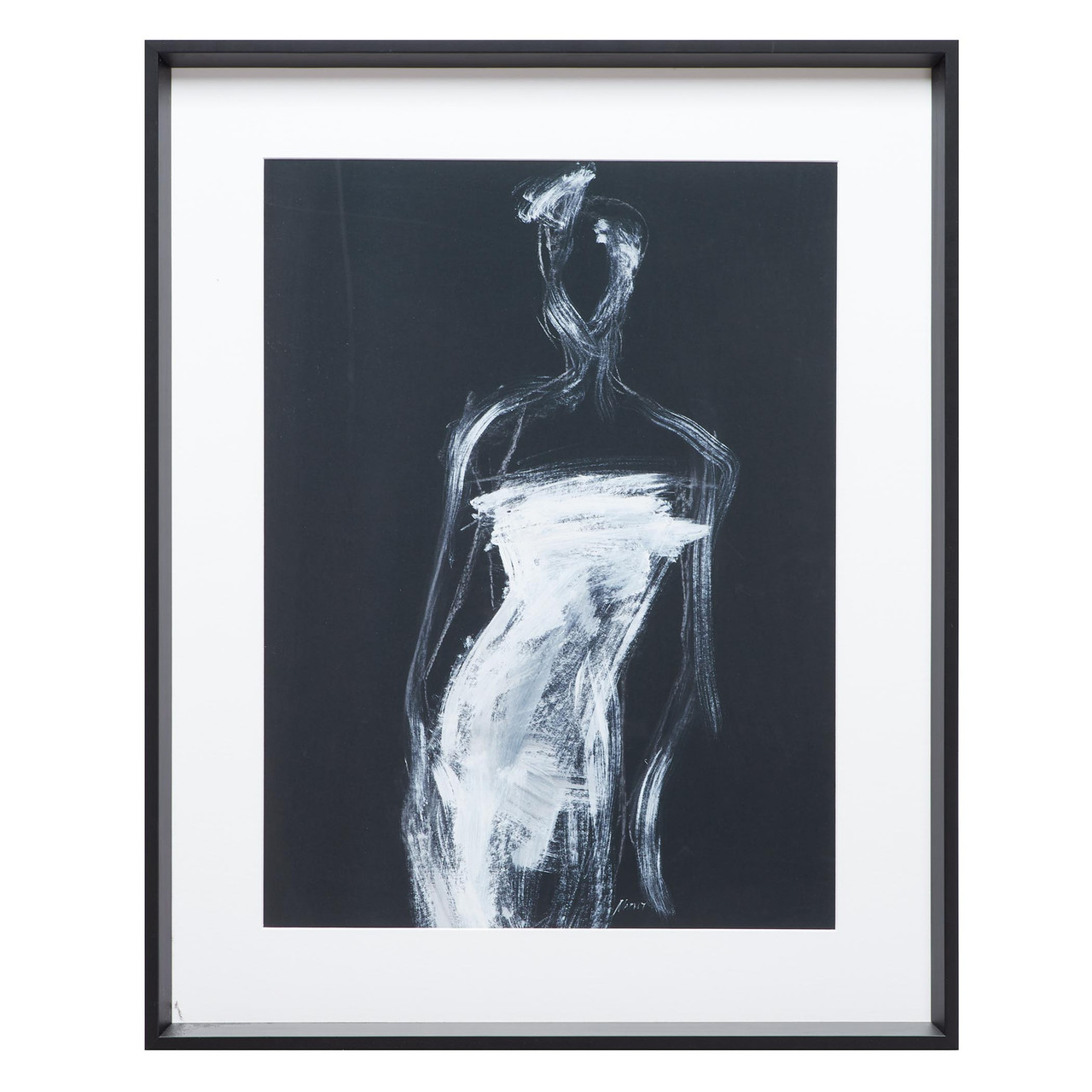 A captivating study of form, this work from artist Shawn Mackey is printed on fine-art paper, set off with a white mat, and displayed under glass in a solid wood frame with a matte black finish.
Shawn Mackey was born on August 11, 1984 in Edmonton, Canada. Growing up in the long cold winters of Canada, he had ample time to draw and let his creativity flourish. Mackey’s parents, who were both teachers, would bring home boxes of scrap photocopy paper for him to draw on. He would cover hundreds of sheets with pictures of everything from Italian sports cars, to the elaborate floor plans of luxury mansions, to a variety of superheroes and cartoon characters pulled from his own imagination.
After graduating High School, Mackey decided to put his artistic talents on hold. He began to pursue university studies with the goal of becoming a lawyer. After a year of classes filled with politics, economics, and essay writing, he longed for a change.
On speaking of this transition, Mackey has said, “I had considered entering an architecture or design program, but then I realized that the canvas was the one place where my creativity would be totally free. I could create whatever kind of building, object or scene I wanted, whenever I wanted.” The ability to tell a story, and invoke a deep emotional response with his creations only increased his attraction to painting.
While completing his Bachelors of Fine Arts, Mackey was drawn to the power of an expressive style of art. He dived head first into the world of abstraction. Experimenting with a variety of mediums including oil and acrylic paint, polymer mediums, and even earth, Mackey searched for a way to breathe new life into a thirty thousand year old art form.
After graduating, Mackey pursued a few random jobs and eventually returned to school to become an art teacher. It was during this time that he began the journey of what he considers his biggest artistic growth. On his evenings and weekends, he began to study the work of the great masters of art history. Starting with the impressionists and working his way backwards several centuries in time, he put his own twist on the techniques of the great artists that came before him.
Today, Mackey’s work combines the movement, colour, and texture of abstract expressionism with seductive and mysterious imagery. The sensual forms are perfectly matched to images of liquor pouring into glasses or streams of smoke rising from cigars. Harking back to a by-gone era, wine and romance flows freely, as does scotch, cigars, and gambling. Together, this fusion of abstract expressionism and realism creates paintings that are filled with energy and passion.
Description

A captivating study of form, this work from artist Shawn Mackey is printed on fine-art paper, set off with a white mat, and displayed under glass in a solid wood frame with a matte black finish.
Details and Dimensions